I am a videographer-photographer-multimedia producer specialized in social documentaries, docu-series, interactive multimedia projects and communication campaigns. Since 1998 I have been producing, shooting and editing documentaries, photo reportages and multimedia content on human rights and environmental issues for TV channels, NGOs and humanitarian agencies.

I began working as freelance director, cameraman and editor in corporate, commercials and shorts in Rome and Milan, Italy in 1995.

In 1998 I started shooting observational documentaries and reportages on human rights in Italy and Europe, Russia and Siberia, Central, Western and Central Africa.

I've been working in very sensitive situations in many different countries, where I always managed to produce content that was both engaging for the viewers and respectful of the people involved in the story.

Having a strong creative and technical background, I can personally manage every step of the production process and I am skilled in communicating both with clients and collaborators.

In the last few years I've been especially committed to strengthen my skills as a multichannel communicator/content producer as well as developing new strategies to engage the public on a multi-platform environment (i.e. conceptualizing, shooting and scripting stories to deliver content on websites, apps, social and digital media platforms; visual storytelling applied to interactive projects that combine photos, videos, graphics and other media elements; e-learning platforms design).

In the last few years I specialized in participatory documentary-making with indigenous communities and young boys and girls living in marginal urban and rural areas (Haiti, Ecuador, Peru, Bolivia, Paraguay). Some examples:

2014 First Transmedia project made in Paraguay, Chaco-py.com made in collaboration with young natives from the Paraguayan Chaco - Enthlet, Enxet and Sanapana (docu-series, interactive exhibition, photographic installation)

2015 Social Documentary Workshop on Human Rights in Paraguay for young natives Enxet, Enlhet and Sanapana of the Chaco Region, resulting in the creation of the first video production company run by indigenous people in Paraguay.

2015-16 Training of young boys and girls of the Bañado slum in Asunción, Paraguay, resulting in the production of the participatory docu-series "Bañado Sur Stories" (the series received several international awards) and the creation of the community based video production company "Team Yukyty".

2017 Production of the participatory docu-series "Life's stories on the drought in South Eastern Haiti", made in collaboration with young boys and girls of communities affected by the drought and produced by the European Commission

2021 Training of young boys and girls from Northern Chad; production of the participatory documentary "Our Land View Through Our Eyes" - IOM funded

Since 2016 I am working as Content Creator, e-learning platforms designer and e-learning Course Designer, designing the first e-learning platform about Simulation Exercises - SIMEX for Civil Protection personnel in Haiti, in collaboration with the European Commission, USAID and UNDP, with a special focus on disabilities and gender inclusion. From 2019 I started a very fruitful collaboration as a Filmmaker, r with the prestigious Hot Docs Film Festival and the production company UDocs Films, creating multimedia content and managing their e-learning platform for CPE/CPD courses. 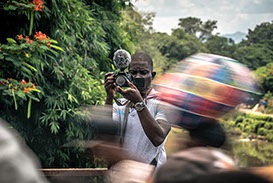 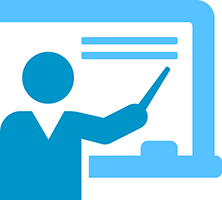 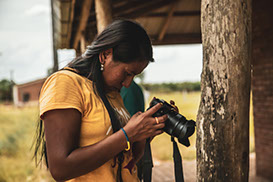 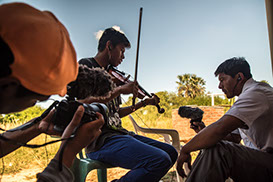